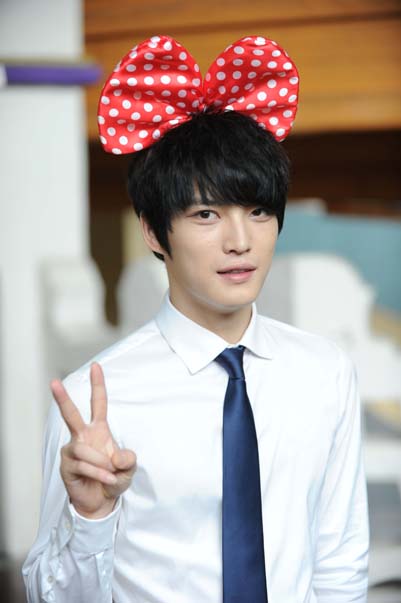 SBS’s new drama “Protect the Boss” has said that it expects the unity of the viewers in order to get solid ratings.

Currently there has been a heightened TV interest in “Protect the Boss” in Korea as well as foreign countries such as Japan and China. The main actors have expressed confidence in the ratings for the drama.

Choi Kang Hee, who plays the role of Noh Eun Sul, has said “the family like atmosphere and the solidarity between the cast and crew will have an effect on the audience as well. For this reason, [I believe] the audience rating will be high”.

Acting in the role of Cha Ji Heon, Jisung said “I support what Kang Hee said 100%. There is that trust between us” as he yelled out a “fighting” [to the cast].

Kim Jaejoong, who is in the role of Cha Muwon, filmed at a theme park wearing a cute hairband, saying “I want to meet the ratings of our predecessor. The exact number I want us to achieve is difficult to say, but maybe I am expecting a little too high. Also I wonder how the overseas fans will look at the ratings, if they are good or not”. He showed off a V for “victory”, wishing for the huge success of the drama.

In the role of Seo Na Yoon, Wang JiHye said, “The junior and senior actors both worked very hard, so the ratings will come out well”.

Meanwhile, as a follow-up drama to City Hunter with it’s first broadcast on the 3rd, Protect the Boss is a drama about a novice female secretary and a bad tycoon boss in an unexpected “taming the chaebol” project. It will star Choi Kang Hee, Kim Jaejoong, Wang JiHye, Jisung, Park Young Kyu, Cha Hwa Yun, and Kim Chung.

Source: Osen via Nate
Translation by: DoctorJaee of JYJ3


[INFO] The Jaejoong headband article is No.1 on nate ^^