JYJ member Park Yoochun created an explosion of interest and attracted the attention of his fans after he placed his own face into world famous paintings.

On the 13th, Park Yoochun tweeted three photos along with the phrases “A dream”, “Cold”, and “~Aah”

The pictures he published were of the Leonardo Da Vinci’s “Mona Lisa” and Munch’s “Scream”, however he changed the pictures in order to fit his face into each one.

Particularly, he created his facial expression to match the overall atmosphere of the picture, whether it be a poker face or a surprised expression, causing much laughter from those who viewed them.

Fans left messages such as “you have a natural instinct for comedy”, “your face is a beautiful fit”, and “I laughed as soon as I saw these”.

Meanwhile, last month was the airing of the final episode of Park Yoochun’s drama “Miss Ripley”, for which the OST song he sang, “Empty Space for You”, garnered much public attention.

Source: Nate
Translation by: DoctorJaee of JYJ3
Shared by: JYJ3

END_OF_DOCUMENT_TOKEN_TO_BE_REPLACED

A fan has infused the shoulder-fight of Muwon and Jihun with fighter-game elements. Enjoy this clever fanart!

END_OF_DOCUMENT_TOKEN_TO_BE_REPLACED

Check out the Seoulbeats review for Protect the Boss below! ^_^ It is unexpected, fun, well-written, and well-made. <3<3

I thought this drama sounded really odd from the get-go because of the premise of the story, but I’m happy to say that I’ve totally been proven wrong. All the four leads have great chemistry with each other and the most important thing is: Yes, Jae-joong can act. He’s also quite funny.

A brief recap after the jump because a recap of our characters and this story seems necessary. This drama is like an onion, there are many, many layers to peel.

The premise of the drama is that Choi Kang-hee’s Noh Eun-seol needs a job. Badly. Her qualifications are not impressive and everybody knows it, including all her prospective employers, which is why nobody ever hires her. In high school, Eun-seol was the kid that beat up the bullies for picking on the weaker kids, mostly in lieu of studying. That gave her her shoddy grades and landed her in much of her job predicament (or lack thereof) in her adult life.

After spending a good majority of her adult being searching for a job, Eun-seol is fed up with being passed over for positions because of her less than stellar education and loses her cool about it…during an interview…in front of her potential employers. Not a hoot was given because she figures that she wasn’t going to get hired anyway, might as well make her thoughts heard loud and clear.

Except, lucky for her, Kim Jae-joong’s Cha Mu-won is one of the hiring employers and finds her little speech interesting and refreshingly frank. So he hires her, despite going against protocol. He figures she’s a good fit as secretary for someone as demanding as Cha Ji-heon.

Ji Sung’s Cha Ji-heon is the prickly cousin of Mu-won (their fathers are brothers). He is also the complete opposite of the successful and well-to-do Mu-won in every way that matters. Ji-heon is slightly OCD, slightly ADD, and also part whacko. (So clearly, I love him.) Ji-heon has a problem with crowded spaces and cannot give speeches in front of big groups of people, to the extent that both those activities are physically debilitating.

Ji-heon is the son of the head of DN Group, a large conglomerate that does..what large conglomerates do. Mergers, acquisitions, development, yada yada yada. Because he is the direct heir to such a large company, there are certain expectations of him, especially from his father, but none of which Ji-heon meets in the slightest.

Ji-heon likes to avoid all his work duties as much as possible mostly because of his fear of meeting other people, being with other people, touching other people, and giving lots of talks, but doesn’t make that apparent to his father, who just thinks that he’s a regular ol’ slacker. Ji-heon doesn’t share many of his weaknesses with anybody, so it’s really only his secretaries who know about his lifestyle particularities. His father is consistently disappointed and angry with Ji-heon’s apathy and procrastination, which he misconstrues to be a product of lack of ambition, but the truth is that Ji-heon’s father doesn’t know too much about his son. We don’t yet, at the moment, but we’re told that something extremely significant happened during one of his relationships that really scarred Ji-heon and possibly is the reason why he doesn’t like being around other people, doesn’t like commitment, and finds the work environment extremely stressful.

END_OF_DOCUMENT_TOKEN_TO_BE_REPLACED

JYJ (Jaejoong, Yoochun, Junsu) attended the grand opening of their photo exhibition “Mine” on August 12 at the Insa Art Gallery in Jongno-gu, Seoul at 7PM, which is to be open from the 12th until the 22nd.

This photo exhibition showcases the personal photos taken by the JYJ members during their worldwide concert tour in 10 countries, which adds tremendous significance to the exhibit.

“We will also share with the fans thrilling episodes of our interaction with fans from America, Canada, Asia, and other places throughout those 2 months,” JYJ expressed, using this opportunity in order to show their gratitude to the fans who have always passionately supported their music. They also expressed, “We have a very special feeling towards this photo exhibit, so we’re also really looking forward to it.” 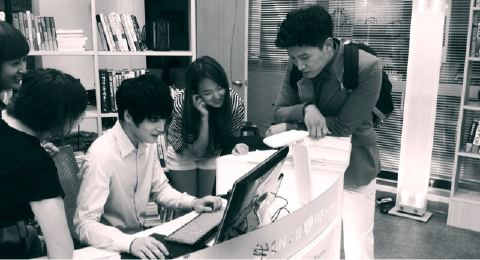