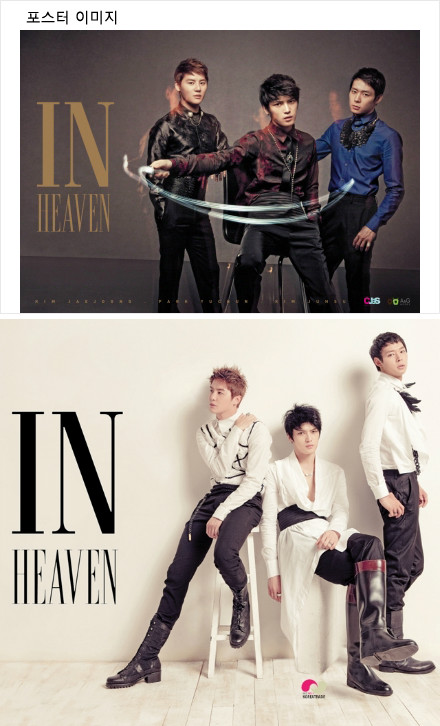 END_OF_DOCUMENT_TOKEN_TO_BE_REPLACED

Kim Jaejoong Reveals His Sleeping-Photo, Boasts the Sharp Bridge of His Nose. “It Might Cut Me!”

Kim Jaejoong has revealed a photo in which he is sleeping.

Kim Jaejoong posted a photo on his Twitter on the 8th with these words: “Now I am going to lie down. I will sleep all of the sleep that I’ve missed so far. Good night.”

Kim Jaejoong in the photo has his eyes closed and half of his face is in the pillow. In particular, the milky skin and the sharpness of the bridge of his nose that could be seen above the pillow gathered the eyes.

The netizens who saw Kim Jaejoong’s photo with the bridge of his nose showed a variety of responses: “Please sleep much and eat a lot also.” “Our Jaejoong-Boss, good job.” “When you are tired, sleep well.”

Kim Junsu, When You Get to Know Him, Soccer over Singing? Collection of Soccer Shoes Gathers Eyes

On the afternoon of the 8th, Km Junsu posted a photo on his Twitter with the short comment of: “My love for soccer shoes. Hehe.”

The revealed photo is one of his soccer shoes of all variety and colors that are filling each level of his shoe rack. There are some pairs that have never been worn, also.

The netizens who saw this responded as follows: “The active image that likes not merely singing but soccer is attractive.” “Feels like he will just show up as a soccer player.” “I can feel very much his love for soccer.” “I want to be that soccer shoe for one day.”

The Suwon Blue Wings have prepared many “Thanksgiving Big Party” events for the “Hyundae Oil Bank K-League 2011,” the 24-round matches with Sungnam, to be held on the coming 10th in the Suwon World Cup Field. One of these events is the Opening Match, which will be held by the FC MEN.

On this day, FC MEN Soccer Team which is the 5th team of the SuwonBlue Wings will hold a soccer match with the Suwon FMC Women’s Soccer Team. In April also, FC MEN has won 5:0 against a girls soccer team of Incheon Design High School thanks to JYJ’s Kim Junsu’s feats of head tricks. Therefore, what kind of a result will be had for this Thanksgiving Big Party match is gathering the interest of many fans.

The opening match of FC MEN will take place on the 10th, starting 4pm. After the main match of Suwon Blue Wings and Sungnam, signed ball by FC MEN and prized possessions will be distributed as giveaways to the audience.

Kim Jaejoong Captured the Female Heart with Seoshi… Netizens Say: “The Model of All Directors of Headquarters”

Kim Jaejoong showed off Shin Sungwoo’s Seoshi and captured the female heart. In the episode of the SBS Wed-Thursday drama Protect the Boss that aired on the 8t, Cha Muwon visited a karaoke with Seo Nayun.

On this episode, in order to comfort the heart of Muwon who had been turned down by Noh Eunsul, Nayun suggested a karaoke, and showed herself to be a true tone-deaf who ignores pitch and rhythm.

Furthermore, the viewers are also responding as follows: “Truly this is a director of the headquarters.” “He is not Muwon-God for nothing.” “I am so head over heels over Seoshi.” “Seo Nayun’s face, really, it was 100% in sync with my face.” “It was so amazing, and I was there to see it.” “Really, you are the best, Kim Jaejoong.” END_OF_DOCUMENT_TOKEN_TO_BE_REPLACED

Cha Muwon, in venting his anger at having had Noh Eunsul taken away, headbutted Cha Jihun.

On the 12th episode of the SBS Wed-Thursday drama Protect the Boss that aired on the 8th, Cha Muwon and Cha Jihun’s melee in a restroom was portrayed.

Cha Muwon agreed to stay as friends with Noh Eunsul but his heart did not rest easily. At this, Cha Muwon revealed his true feelings upon meeting Cha Jihun coincidentally in a restroom: “Indeed, I cannot do it. I cannot let her go this easily.”