At the security guard company that my niece’s husband runs….
At guard for JYJ… this kid Dong-kyun-ie…
The kid who calls me ‘granny’…

First we are thankful for everyone’s hard work from the western hemisphere.
Next we want to thank everyone that came to help from the western hemisphere, the girls from Rome Italy, and Japanese fans.
During Jaejoong’s solo the girls and guys (now the fanboys are amazing too), thank you all for holding the green light stick.
Lastly I must thank our Jaejoong, we are thankful for your existence ❤~！

END_OF_DOCUMENT_TOKEN_TO_BE_REPLACED 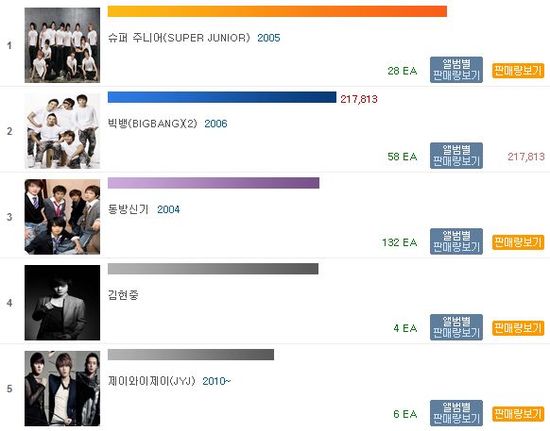 JYJ released 2 albums this year: Music Essay and In Heaven. There were no repackages nor multiple versions of the same album (such as versions A, B, C, limited edition, special edition, etc.) Majority of Music Essay sales could not be counted on Hanteo because they were categorized as “books” and not as albums. While it topped the bookstore sales and rankings charts, Music Essay wasn’t featured as prominently on Hanteo due to its categorization. As such, ~158,000 does not accurately portray the success JYJ had this year and had Music Essay counted as albums, JYJ would rank much higher in Singer Awards chart.

Credit: Allkpop for photo and sales figures
Shared by: JYJ3

Kpop is far away, uncool and no one cares about it here? Wrong! The Korean superstars JYJ just held their first European Tour celebrated by thousands of fans!
«The Boys received oodles of letters, yes even calls from Europe – so they decided to hold a live show for their fans there now!» a spokesman said. Starting signal for K-Pop over here!

JYJ (formed in 2010) are the first K-Band that is international recognized: For their debut album «The Beginning» (2010) they were supported by US-rapper Kanye West! The sound of the cool Gentleman-Trio is soulful pop, the beginning of 2012 comes their new album «Heaven» and new gigs!

Boyband from South Korea: Junsu, Jejung and Yuchun (from the left)

Who  Is the Representative “Royal Family” of the Entertainment Industry Boasting of Superior Genes?

Mighty Brothers and Sisters of the Entertainment Industry

Among the idol singers there are particularly many pairs of brothers and sisters. They show off a unique closeness and evoke the envy and jealousy of the fans at the same time.

Group JYJ’s Park Yoochun has a younger brother in Park Yoohwan. They look very similar in their large features and well-arranged teeth. Further, Park Yoochun does not spare his advice on acting for his brother Park Yoohwan and has shown off the unique brotherly love.

The Person Who Seems To Be Best-Using SNS is Him?

Netizens picked the television personality Kang Byungkyu as the star who seems to be best-using SNS.

On the survey that the community portal website DC Inside held from the 1st to the 8th under the topic of “the star who seems to be best-using SNS,” Kang Byungkyu took first place.

Kang Byungkyu who received the overwhelming support with 9,407 votes out of 17,356 (54.2%) exposed the corruption of the Korean Professional Baseball Players Association at the time of its creation in 2000 and created the platform of public discussion about the association.

Further, when player Seo Seunghwa of LG disappeared after leaving words that seemed to imply his suicide, he found the player using his personal connections and informed of his safety through Twitter, receiving the applause of many baseball fans.

Continuing, JYJ’s Kim Jaejoong took second place by garnering 6,314 votes (36.4%). Kim Jaejoong received an extreme/unusual amount of attention from the public and the media through his Twitter by recently showing  his home and everyday life previously unexposed and also revealing photos with celebrities to whom he is close. END_OF_DOCUMENT_TOKEN_TO_BE_REPLACED

Kim Junsu sent a message of support on his Twitter on the 9th: “I pray that you high school seniors will do great on tomorrow’s entrance exams. Fighting.”

Continuing, he added: “If you are a JYJ fan, then do better~ yeah!”

To Kim Junsu’s support, the Twitterians responded as follows: “Since the students received much of the great support from you, they will be able to do well.” “You will send them support like this next year too, right?” 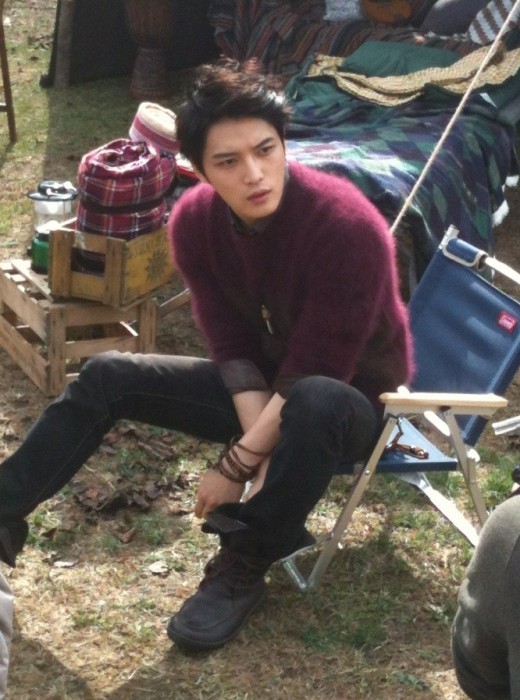 Recent photos of JYJ‘s Jaejoong have surfaced on an online community board, and is causing quite the buzz among netizens.

The photos were snapped of Jaejoong while on set for a photo shoot, and he is looking off into the distance, seemingly deep in thought.

Dressed in black skinny jeans and a warm violet sweater, he looked the part of a camper, fitting right in with the camping gear surrounding him.

Netizens who saw the photo remarked, “He’s such a man“, “He’s so handsome and so built too. He looks so buff here“, “Such a masculine shot“, and “He has such broad shoulders“.

In related news, Jaejoong was recently compared to actor Robert Pattinson in an Italian magazine.

Junsu: I pray that the high school seniors taking the SATs tomorrow will do great~~!! Hwaiting^^ Do better JYJ fans~Yup!