END_OF_DOCUMENT_TOKEN_TO_BE_REPLACED

The popularity of k-pop in Latin America is undeniable, specially after the visit of MBLAQ and the upcoming United Cube in Brazil.

However, it looks like these will not the be the only band visiting the region since there are reports that Super Junior and JYJ are planning to do it as well.

According to a report posted in Daum both bands will travel to South America next year. JYJ is planning a tour around Latin America early next year as well as Super Junior that is rumored to make a visit next year.

The details or official announcement about the tours have not been revealed yet but with the huge fan bases of both bands in the region they are set to be a success.

[INFO] JYJ & Song Ji Hyo is meeting the Ministry of Education, Science & Technology on 11/16 9:30 AM!  The event will be reported real-time with pics via twitter

The past looks of group JYJ’s Park Yoochun has been revealed and thus is gathering the eyes.

Recently on an online community, a video of Park Yoochun prior to his debut as TVXQ as posted. In the video he is showing an attractiveness that is not much changed from the present. Super Junior’s member Kim Kibum was also seen.

The netizens who saw this responded as follows: “How is he so similar to today.” “His looks has not changed at all.” “Indeed he was superior even when young.”

The best of the stars representing Korea’s musical world gather in one place. The stage is the 17th Korea Musical Awards ceremony (host Sports Chosun) that will be held on the 14th at 5:20pm in the Olympic Hall of Bangidong, Seoul with Lee Hyeonwoo, the musical actor and singer and the anchor Yoo Heyoung taking the roles as emcees. In the party in which the actors who showed the biggest feats and the works are born, the best of the stars of our musical gather in one place to send a message of encouragement in congratulatory performances and also as the givers of awards.

JYJ’s Kim Junsu who debuted as a musical actor in Mozart! of last year and showed great acting in Tears of Heaven of this year will take charge of awarding the script-directing award with his senior Jun Sukyung. Kim Junsu showed the enthusiasm that he will definitely attend the ceremony by splitting his busy schedule. END_OF_DOCUMENT_TOKEN_TO_BE_REPLACED

END_OF_DOCUMENT_TOKEN_TO_BE_REPLACED 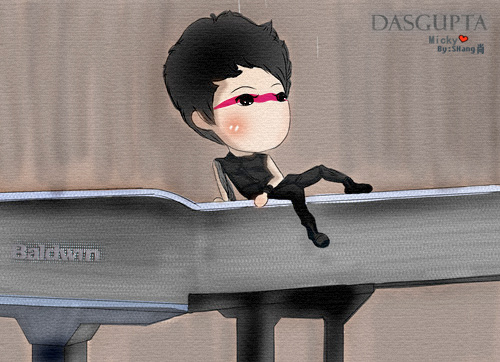