Jae bowing and thanking the fans as the FM comes to an end.
AH! he spot something, and smiles

he picks it up…

so what was it!?
it’s not a red lightstick like some people claim, it’s not a green lightstick either
it’s a heart-shaped lollipop that glows green (because the stick has LED light) 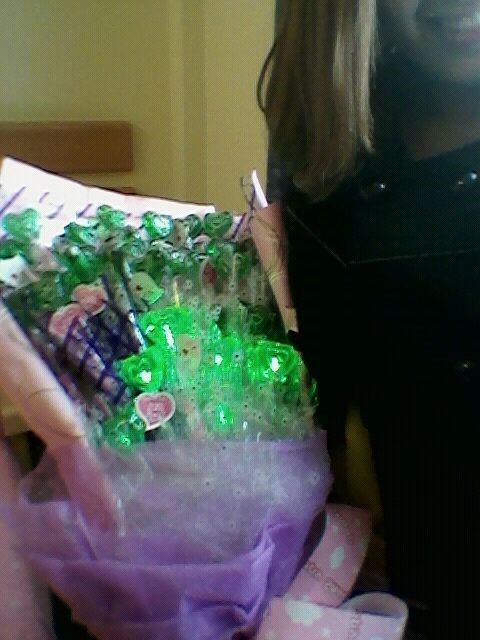 the fan who threw the lollipop on stage (T/N on stage, not at jae)
thought that jae would probably leave it backstage but no!
our sweetie pie took it along with him and………