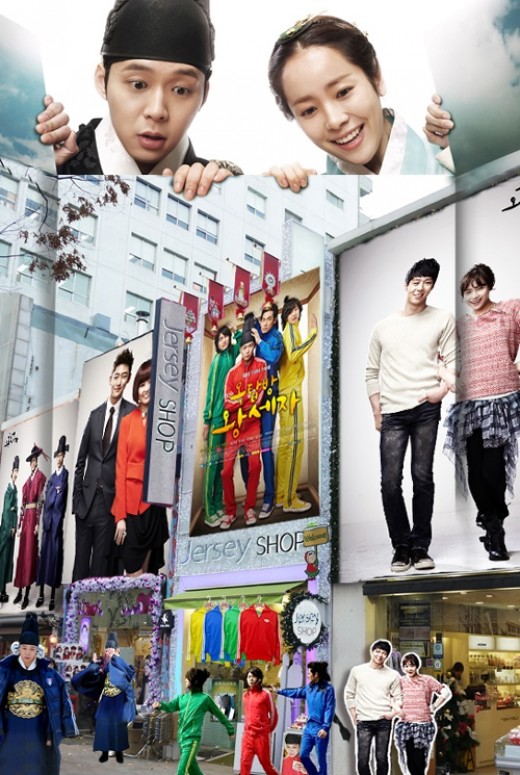 There were 123 entries to become the winners of the event. One of the applicants went out into the street with a promotional picket, wearing Korea’s traditional dress Hanbok. There was a fan who hung a large promotional banner on the front porch of her apartment house, while another fan handed out promotional materials around her house.

An idea caught eyes of passers in downtown Seoul as she danced to TVXQ’s “Balloons.”

A variety of “fan arts” including creative illustrators and clay arts as well keep being created by ardent fans. The production staff was surprised as they saw a professional clay art that exactly reproduced JYJ’s Park Yoo Chun and actor Han Ji Min, displayed at the press conference for Rooftop Princess.

Someone of the SBS broadcasting network says, “There are a great deal of fans who are sending their won ‘fan arts’ to the SBS Twitter page. Some make us totally surprised for their innovation and originality. I’m well pleased that even before the drama series stars off, viewers seem already to be hooked on it.”