First of all, thank you to everyone who contributed to our project and who helped us to show the support from international support . We truly believe that with your contribution, we managed to show our sincere heart to Yoochun, Yoohwan and their family.

Even if I know that all of you would like to be able to do much to help Park’s family, I am sure that all our love will help them very much.

Thanks to everyone’s participation who has by far exceeded what we were expecting, and we’ve been able to send a meaningful participation to Yoochun.

This post will be updated later, but because I am sure you are all very much curious to know what you have contributed for, here is a sample of what we have ordered, with the help of the Korean flower stores who also advised regarding what would be acceptable and what it wished for during Korean funerals.

Those are the pics from the store’s website, rest assured that we have put appropriate messages on the ribbons as well as on cards, including the name of the countries that donated.

Sent at the funeral place – Delivered on the 15 th

END_OF_DOCUMENT_TOKEN_TO_BE_REPLACED 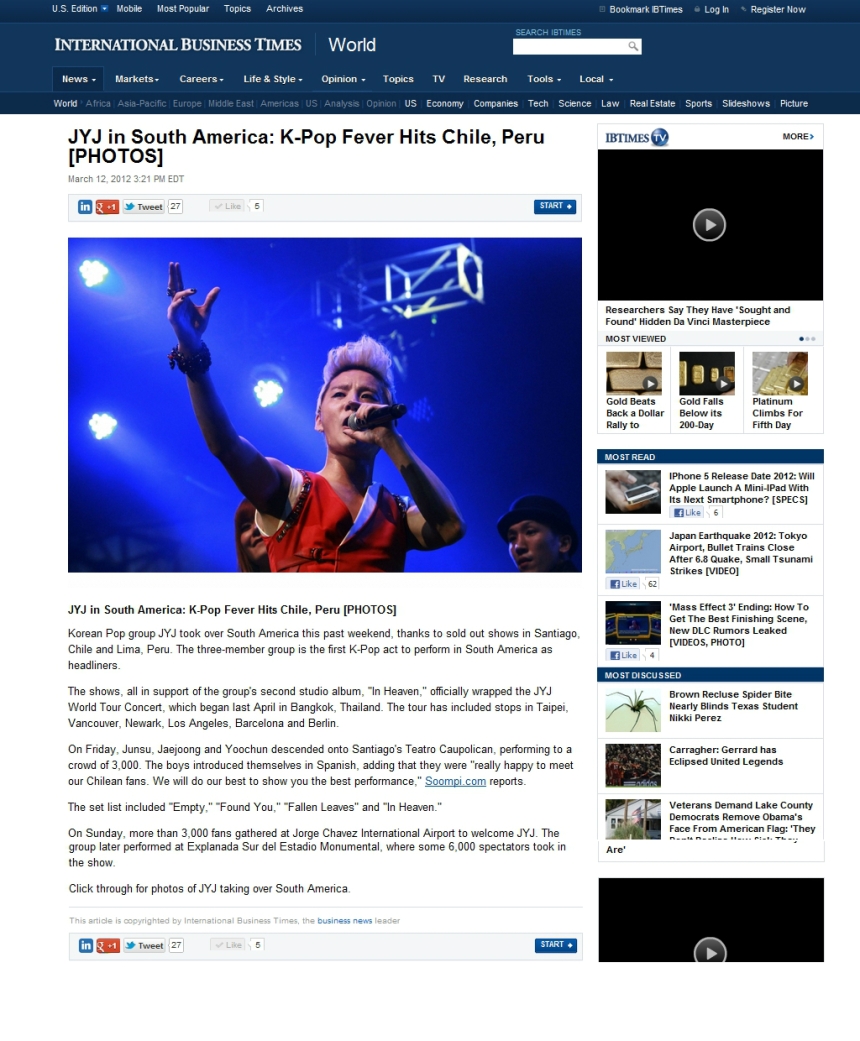 Note: The article is copyrighted by the International Business Times and includes a slideshow of 16 images from Reuters including the cover photo of Junsu. Please visit the site through the provided link below.
Don’t forget to leave a comment!^^
Thanks to Catherine (@deadlyxmunchkin) for the tip.

As can be seen, the following flag was made by JYJ ST Argentina as a project representing the  Latin American countries. Its objective was to demonstrate unity for JYJ.

In the following image, we can see the flag next both of Chile and K-Pop Argentina’s (who were also represented here) flag.

And here we finally are able to see it in the hands of our adorable Junsu. ^^

END_OF_DOCUMENT_TOKEN_TO_BE_REPLACED

Male Group JYJ has finally completed their one-year long World Tour with concerts in Chile and Peru. Starting in April of last year, JYJ held a world tour which was true to it’s name; beginning in Thailand and encompassing Asia, North America, Europe, and South America, with over 210,000 fans mobilizing to see the shows. JYJ became the first singers to hold successful, exclusive concerts in many of these stops, a feat that other internationally known groups in the Kpop category have not even achieved.

Starting from around 1 to 2 years ago, newspaper and media started to rapidly use the term “Kpop Fever”. The general public saw these words and believed the hype, especially after watching the extensive coverage of SMTown in Paris. However, though they were not the first to hold concerts [overseas], JYJ has been getting much attention because they did not perform as part of a company’s joint concert, but rather held an exclusive concert with just songs from their one group, JYJ.

In Japan, the recent surge in Hallyu is being led by a crowd of newer groups such as KARA and Girl’s Generation. Because of this there are naturally many joint K-pop concerts held. Most of these concerts, however, only use the “K-pop” brand name to sell expensive tickets that range from 7,000 to 9,000 yen and feature performances by groups that are neither popular in Korea or Japan. Of course, most of the seats in concerts such as this remain empty. Seeing occurrences such as these, many comments were made by the Korean public on SNS sites about how they were ashamed to be part of “Hallyu”. JYJ, however, did not fall on this path. Instead they became the first group ever to successfully perform in North America, Asia, Europe, and South America by using nothing other than their own music and names. After the South American concerts were confirmed, there were even many demonstrations held by fans requesting a JYJ concert to be held in Mexico as well. END_OF_DOCUMENT_TOKEN_TO_BE_REPLACED

The very first genuine World Tour of Korean artist JYJ has come to an end with a splendid finale in Lima, Peru. Last weekend, JYJ has performed a perfect two-hour concert in front of 6,000 South American fans at Estadio Monumental stadium. By the end of the concert, passionate Peruvian fans who had been camping-out for over a week showed their extreme excitement over JYJ while chanting “No te vayas!” (Don’t go!).

In the morning of the concert’s day, news about JYJ’s concert was reported exclusively by most Peruvian media. Major media in Peru including daily newspaper ‘El comercio’, ‘El Men’, ‘Peru 21’ , ‘OJO’, ‘Correo’ etc all competed to cover the news as fast as possible. JYJ member Park Yoochun said in the press conference, “The huge crowd at the airport and in front of the hotel surprised me. I didn’t know that such phenomenon which I am able to see in Asia could even reach South America. I am really happy and I will give a great performance in return.” Later, many news headlines reported “To the group JYJ, the crowd in Peru is incredible”, proving once again JYJ’s popularity in Peru.

END_OF_DOCUMENT_TOKEN_TO_BE_REPLACED

On the 14th, ‘Elisabeth’ ranked first among 342 musicals on Interpark’s daily, weekly, monthly and yearly ranking chart.
Second place on the weekly chart is the musical ‘Doctor Zhivago’ with 4.7% of sales as compared to 18.7% of sales from ‘Elisabeth’. The big difference between two musicals has proved again the undefeatable popularity of ‘Elisabeth’.
The ticket fever for ‘Elisabeth’ is such an exceptional case in the industry.

Even though this is the premiere of ‘Elisabeth’ in Korea, the musical has been highly anticipated and gained the audience’s attention for a few years. Ever since the opening performance, the musical draws a full house everyday and receives explosive response from the audience.

END_OF_DOCUMENT_TOKEN_TO_BE_REPLACED 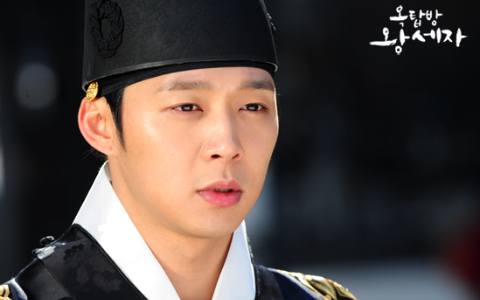 With the sudden death of his father, JYJ’s Yoo Chun hurried to his mother and brother’s, Park Yoo Hwan, side as soon as he landed at Incheon International Airport. Jaejoong, Junsu, Song Ji Hyo, and other members of C-Jes Entertainment stayed by Yoo Chun’s family throughout the night as friends and family came by to pay their respects. Those who attended the service included celebrities Alex, JUNO, Kara’s Nicole, Park Sung Kwang, and several members of the cast of Yoo Chun’s upcoming drama “Rooftop Prince.”

A representative of the production staff for “Rooftop Prince” stated, “Once he recollects himself after the funeral service, Park Yoo Chun will return to filming on March 19.  We have already shot the first four episodes, so the original broadcast date will not be affected.”

END_OF_DOCUMENT_TOKEN_TO_BE_REPLACED

The issue of sasaeng fans have been put back on the chopping block after the recent controversy surrounding JYJ. One manager who’s been working for famous idols for the past 10 years recently met up with reporters to disclose his own first hand experience dealing with sasaeng fans as a career.

He revealed, “I really don’t even want to imagine it. When I wake up and open the door, there’s urine and feces on the floor, as if they’re marking their territory… Mornings should be bright and fresh, so think about having to start your morning with urine and feces. You start your day with stress.”

“Sasaeng fans that follow us around in taxis can be considered the mild ones since some have even barged into the dorm and stolen all of the food. Even if we change our numbers, they somehow find it out… they’re on the level of 007.”

END_OF_DOCUMENT_TOKEN_TO_BE_REPLACED 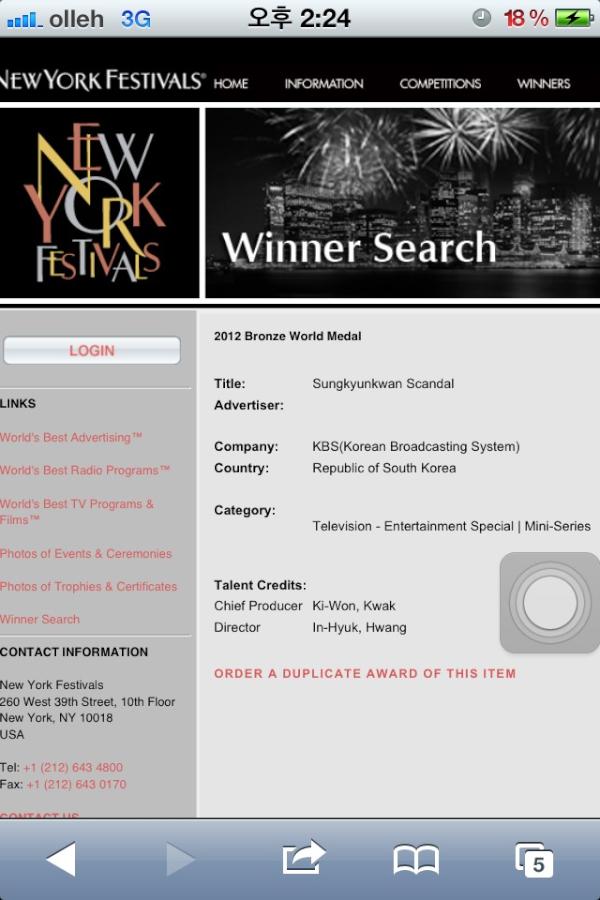