[TRANS] Best New Male Actor <Haemoo>’s actor Park Yoochun “Thank you very much for allowing me to receive a good award in my first movie. Although I was given several synopses from the company, I was stubborn on doing the movie. Thanks to everyone. I will work harder at being an actor.” 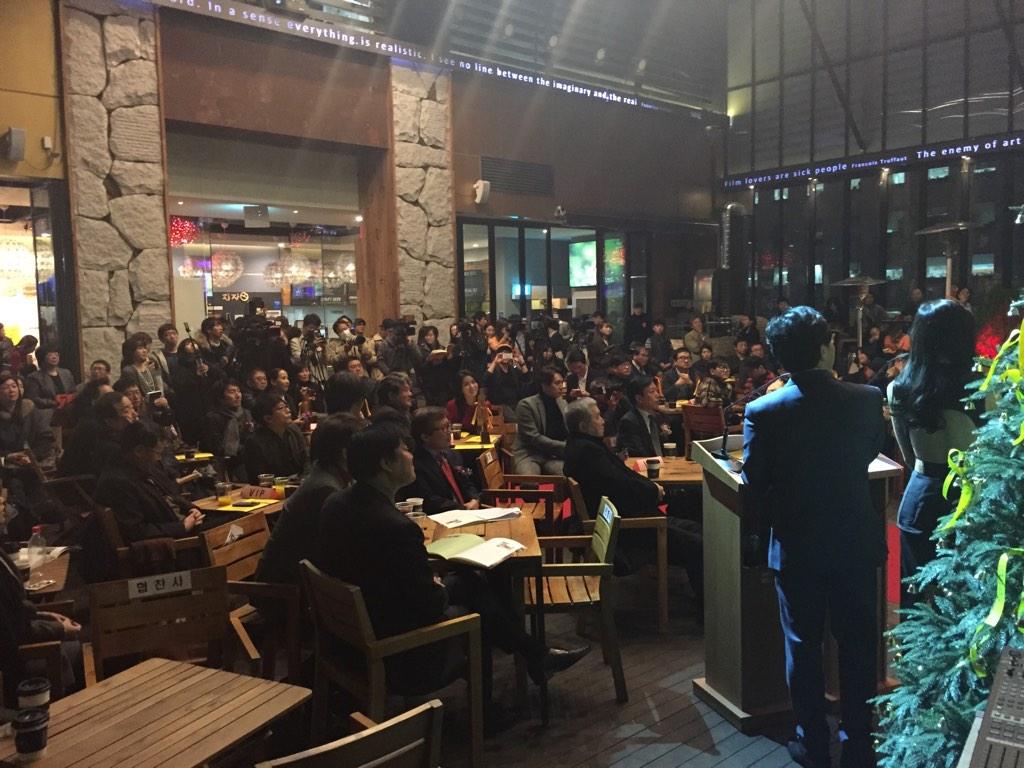 [TRANS] Photo time for the winners of the 34th FCA! We are looking forward to the past year of Korean films shining more in  2015 🙂