(*) Not only did Kim Junsu contribute to the lyrics and composition of ‘FLOWER’, it includes songs from Korean artist Naul & American hit makers Automatic, Alex Von Soos etc. making for an album with many genres of songs.

(*) Junsu directly participated in the full production of the title song from the album jacket, to music video, concept, image, & choreo can be expected to be powerful and of a different class.

END_OF_DOCUMENT_TOKEN_TO_BE_REPLACED

Source: ljwpoopoo
Translated by: rilanna of JYJ3
Shared by: JYJ3

[TRANS] How are you when tired?
I am so overjoyed, grateful and happy!
I miss you guys too. Thank U, always..❤️
#Spy #Yoon-jin #KoSunghee #Jonghan #JoChanggeun #Seonwoo #KimJaejoong
#always #hwaiting

Kim Jae-joong transforms into a man who will stop at nothing to protect his loved ones in the KBS drama “Spy” on Friday.

In the latest episodes Kim’s character Kim Seon-woo, an elite National Intelligence Service agent, protects his love, his family and his country in his own way. 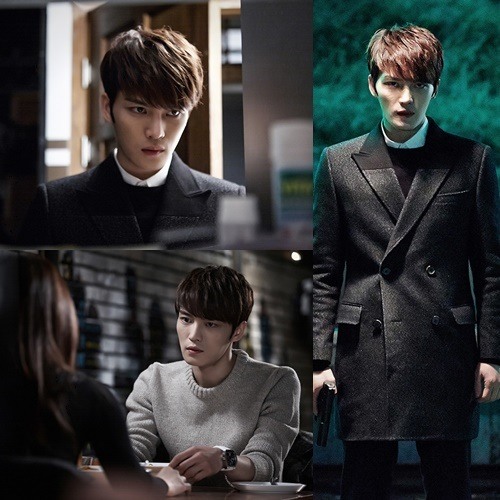 In the episodes, he volunteers to become a double agent when his mother is blackmailed into becoming a spy.

And when his girlfriend, played by Ko Sung-hee, is kidnapped, he steals a hard disk for Hwang Ki-chul, a North Korean spy played by Yu Oh-seong.

He even fights off his fellow NIS agents to deliver the information to Hwang.

However, when it is revealed that his girlfriend is a spy planted by Hwang, Kim’s character goes on to recover the disk from the North Korean master spy.

Two 50-minute episodes of “Spy” are aired back-to-back every Friday.

END_OF_DOCUMENT_TOKEN_TO_BE_REPLACED

▲ NIS agents are gathered at <KBS Suwon Center>. Though we visited for the shooting sketch from the initial stage, the timing was off every time yet at the NIS filming location… we were just in time, it is the middle of Kim Seonwoo(Kim Jaejoong)’s filming..

▲ These are the images of Kim Jaejoong ssi talking and laughing with the staffers. Though he seems very laidback, the surroundings are packed with staff members who are setting up shooting equipment and bustling around. Ryu Hye-young ssi came by too, and there was briefly a talk time… As the actors said in their interviews quite recently, filming gets accomplished in a familial and friendly atmosphere. We hope the ratings go up!up!!! following one another

[TRANS] Hyungs,friends came up from Busan but didn’t get to see me outside for even 20 minutes because of shooting; Sorry