It will be about a month till『2016 KIM JAE JOONG 2nd Album Hologram real live Concert in Japan』is held!
News for the people looking forward to this first hologram concert!
We are informing as 3 big events and present limited to attendees of that day has been decided!

With a brand new year comes plenty of new resolutions, exciting opportunities, and… wonderfully addictive K-dramas! Which actors and actresses will get paired up together this year is anybody’s guess, but the endless possibilities are absolutely thrilling. Along with new couples who will send our hearts fluttering are those unforgettable couples we keep wishing would get reunited for a second round of action.

In no particular order, here are the couples we simply must see again in 2016. Let’s keep our fingers crossed for these pairings!

END_OF_DOCUMENT_TOKEN_TO_BE_REPLACED

Taking a copy of the special photo.
It is a photo of Assemblywoman Choi Min-hee and JYJ Kim Junsu together at Kim Junsu’s concert on the last day of 2015.

Wanting to let her daughter see fully, Assemblywoman Choi Min-hee’s JYJ Bill passer who set out to carry through the bill to the end,
Would you like to hear it one time?

Assemblywoman Choi Min-hee had heard about JYJ’s circumstances, where they cannot appear on terrestrial music broadcast with the power harassment of a large agency, from her middle school student daughter.

She put out the JYJ Bill which televised the unfair broadcast appearance ban in the legislation contest ‘I am Politics’ hosted out of the party in January 2015, and had won by receiving 1765 votes(80%).
From preparing for the contest, the bill proposal, to its passage in the plenary session; it has been a 11-month long journey.

On the last day of 2015, Assemblywoman Choi Min-hee paid a visit to Kim Junsu’s concert together with her daughter.

This year, the entertainment companies are expected to lend a hand in reaching out with coexistence and unity first.
Assemblywoman Choi Min-hee will be making the effort in continuing to wipe and stop the “tears of those” in the entertainment industry this year, too.

[VIDEO] I told Santa I wanted to meet a cute Shih Tzu for the new year! Not get a shiatsu!!! 🐶😉🐩 #ReturnPlease #EmeryIsLookingFurLove #CorgiMassage
instagram.com/p/BAI7fchNEMp/

Hani of EXID, who recently confirmed that she is dating Junsu of JYJ, will prerecord popular MBC talk show “Radio Star” on Wednesday.

Now the viewers are curious whether Hani will speak openly about her newly-revealed relationship and her star boyfriend. 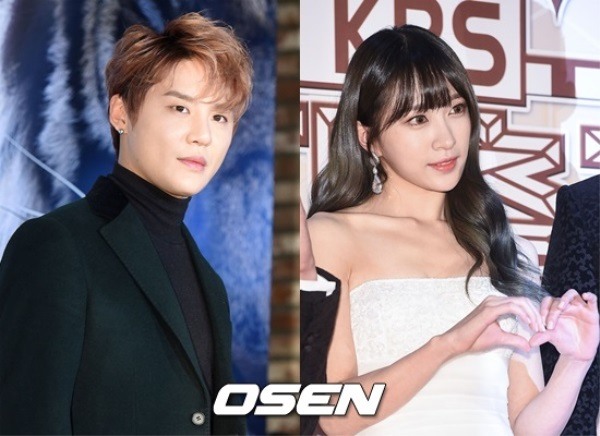 It is likely that the hosts of the show — Kim Kook-jin, Kim Gu-ra, Yoon Jong-shin and Kyuhyun of Super Junior — will not shy away from asking straightforward questions and tackle the elephant in the room, which they are known for.

On New Year’s Day, the two confirmed through their agencies that they are in a relationship, following a report from local media.