Block B’s U-Kwon revealed he was inspired by JYJ’s Junsu.

At the December 13th press conference for the musical ‘In the Heights’, U-Kwon discussed which musical actors he looks up to. He shared, “There’s Ock Ju Hyun and Bada sunbaenims, and I think the main male actor is Junsu sunbae. I have a lot of desire to become like him. I think I get motivation because he started off as an idol first.”

T/N: there may be some discrepancies in the translations.

I believe till now I have (wrote) lyrics for more than 10 songs of a really splendid singer called Kim Junsu. Lyric writing which started by chance.. the pressure was really big that from here on I can’t write lyrics, this talk came up several times but thanks to the courage that Junsu gave me, I was able to gain the opportunity of writing each one song one song and really thankful that many of the people who came to like the songs for which I wrote the lyrics. Though they are lyrics with many insufficiencies, I was able to continue continue writing lyrics because I’ve come along always watching over Junsu beside him, what kind of message would Junsu want to convey with this song, it started off from those difficult struggles, thus I was able to do such lyric writing, which was a bit different as compared to other professional lyricists, I believe wasn’t it because of this that I was able to continue. Each one song, though in the songs I composed there is Junsu’s story and episode of the time of the composition, as there were more parts which indirectly expressed without directly expressing, to talk about such parts I didn’t have a place or circumstance, it remained as mine alone remembrance and memory. *Today at Junsu’s last Korean concert, the song everyone sang for him ‘Hello Hello’, this song when I received it’s sound and listened to it for the first time, making it into what contents would be good, since the phase of organising the story, thinking ahead of the emotions of Junsu and his fans’ blank space of 2 years and kept thinking of what words would want to be conveyed what words would want to be heard… It was the lyrics that I wrote while thinking of wanting to give a present to Junsu & those of the fans. I did not write the lyrics directly (T/N: expressing.. i think is what is meant here), I had not talk about this anywhere but.. today at the last concert event this song was chosen as the song to sing to Junsu, really when many of everyone were singing the song in a chorus to Junsu… these lyrics which were written to speak as Junsu’s heart, the fans also felt it.. Junsu’s heart was conveyed.. I thought of it and am really thankful and was happy.

‘Hello Hello’, like the lyrics of this song in this time, which will take a bit long, from the same place everyone will be cheering and will be waiting, is what I believe. From here on, not being in pain and sad, I will be happy if Junsu and his fans go on and walk on the passage through the audience to the stage ^^ (While thinking about the emotions of the hall from just before I am writing so I am not so organised right..ㅎ everyone good night) 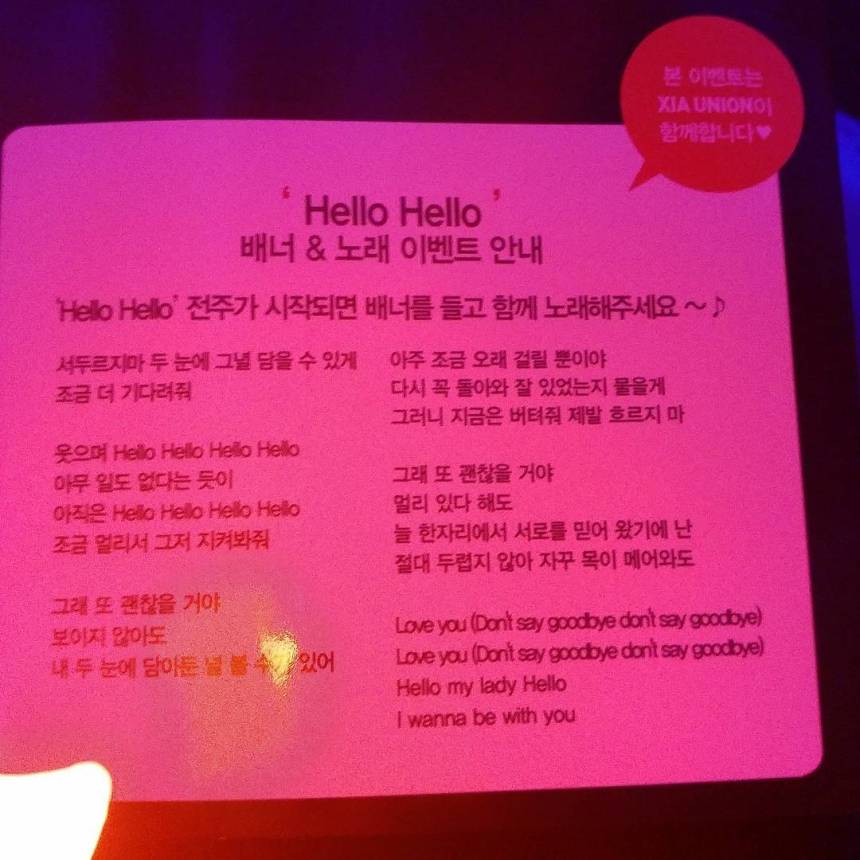 [TRANS]
I will enjoy the meal~!

Source: xiaxiaxia1215
Translations by: rilanna of JYJ3
Shared by: JYJ3

Go for it, because you’re young enough

“TEN YEARS is longer than you think. You should try everything before you turn 30!” Kim Jun-su said with a smile. As a globally popular singer and actor, Kim has released albums such as …IS YOU and XIGNATURE, held a concert, and performed in musicals including Dracula and Dorian Gray this year. His hard work and careful dedication to his craft has led to huge success in both his albums and musicals. The Yonsei Annals started the interview by congratulating him on winning the popularity award with the character Dorian Gray in Yegreen Musical Awards. Although he is a superstar, his attitude during the interview was sincere, and his answers had powerful messages full of meaning. The interview focused on three aspects: music, musicals and Kim himself.

Annals: What inspired you to become a singer? From when did you dream to be a singer?

Kim: When I was young, I wanted to be a soccer player. My friends liked singers and groups such as Seo Tae-ji, Solid, and DEUX, which I wasn’t really interested in. However, when H.O.T., another famous Korean idol group made a debut a few years later, I thought that being a singer would be attractive. I decided to become a singer and stopped playing soccer. H.O.T. sparked my interest in the entertainment industry. After I found my passion for singing and dancing, I had an audition when I was in 1st grade of middle school and entered an entertainment agency.

Annals: This year, you released two albums: …IS YOU and XIGNATURE. Could you tell us about your philosophy towards music?

Kim: In former days, the public loved individuality. Many singers had their own style, and they made mega hits when the style suited them. Therefore, singers were more open to challenging themselves with various genres, producing diverse songs in the process. However, nowadays, music tends to follow certain trends that make the songs similar. For example, the current trend is hip-hop. In spring and autumn, ballads are a big hit. In other words, many singers tend to follow trends rather than focusing on their own unique style, which I find unfortunate.
I feel cautious saying this, but I consider myself standing on a bridge between individuality and conformity. There are singers who do not bother testing their individuality, but singers from my generation were open to experimenting with both sides. This is quite difficult, but in a sense it’s fun. Sometimes I have a feeling of doubt, but I also feel lucky to be on both sides. Actually in the past, I assigned great importance to my signature and individuality, at the same time communicating with the flow of the contemporary period. Overall, I guess that a singer who has experienced both sides can have rich diversity in music.

Annals: You recently finished the musical Dorian Gray. Performing in a purely domestic original musical was a notable challenge. Was there a special reason behind this challenge?

Kim: I performed in seven musicals, and it wouldn’t be an exaggeration to say that over half of them were original ones. This is because although some are licensed musicals, they were modified while being imported to Korea. I made my debut as a musical actor by Mozart, which provided me an opportunity to reveal myself to the world again. I attended several Musical Awards, and was thankful for the fact that I could sing.
At that time, I didn’t know how I could influence the musical field. However, as time passed, I realized that I could contribute largely to this field by performing in original musicals. As people came to watch my performance, I provided support to those musicals by making the field more widely known. Therefore, I decided to challenge myself by starting with Tears of Heaven, although it was hard for a rookie to perform in original musicals. I made a promise, which was that I would perform 50% of my works in original musicals. I regretted saying this at first (smiles), but I found myself working hard as I continued to receive lots of love from the audience.
I gained much from performing in original musicals. Licensed musicals have their own frames that I am forced to follow. Thus, there is a limit to how much I can individualize the character I play. However, there are no such limits in original musicals—I am free to do whatever I want. In addition, if these original musicals later become licensed, then I would be the basis which all subsequent actors would have to follow. The idea makes me thrilled.

END_OF_DOCUMENT_TOKEN_TO_BE_REPLACED

[TRANS]
A page of memories written together by Kim Junsu and fans🎞
From poster shooting scene up to behind of waiting room!!!
Open and see the memory box▶ http://naver.me/558knMao

Everything from the special year-end concert that gave birth to a piece of musical called ‘Kim Junsu’!

END_OF_DOCUMENT_TOKEN_TO_BE_REPLACED

If you got a ticket to a showing of musical ‘Death Note,’ then you were one of the lucky ones!

On December 12, 1,000 tickets for seats to musical ‘Death Note’ went up for sale at 3 PM via Interpark… then within a minute, they were all sold out! That’s right. It took less than a minute for 1,000 people to get seats to a showing of ‘Death Note,’ starring Han ji Sang, Junsu, Park Hye Na, Kang Hong Suk, Ben, Seo Young Joo, Lee Soo Bin, and more.

The musical goes on stage in 2017. The showcase will be on December 19 at the Lotte Concert Hall.

END_OF_DOCUMENT_TOKEN_TO_BE_REPLACED

Source: kkeh1
Translations by: rilanna of JYJ3
Shared by: JYJ3