‘Lucid Dream’ has its reasons for choosing Park Yuchun as its hidden card.

When it came to choosing the “hidden card” in movie ‘Lucid Dream’ (directing by Kim Joon-sung/production by Road Pictures), they decisively were able to choose Park Yuchun and Park In-hwan. ‘Lucid Dream’ is a memory-trace SF thriller movie where Dae-ho(Go Soo) uses lucid dreams to look for his son who was methodically kidnapped 3 years ago, to look for clues hidden in his memories and chases after the criminal.

Commonly appearing in the dreams of many people around the world, it is Park Yuchun who leaves a strong presence with the role of “This Man” in the set-up of shared-dreaming being done. Why did ‘Lucid Dream’ choose Park Yuchun as their hidden card?

This Man acted by Park Yuchun is the mysterious character who suddenly appears in Dae-ho’s lucid dreams. This Man takes off from the scene in haste when he is discovered by Dae-ho inside the dream, and vanishes abruptly at the end of Dae-ho’s chase with him. Dae-ho experiences confusion at the appearance of This Man; and then one day, he happens to come across This Man in the real world. This Man lets Dae-ho know about the existence of shared-dreaming.

‘Lucid Dream’ had its crank-in [T/N: start of filming] on April 6th, 2015. On his casting back then, Park Yuchun swept Newcomer Awards debuting on the big screen with movie ‘Sea Fog’. He won a septuple crown in the (Best) [Male] Newcomer Awards; from the 51st Baeksang Arts Awards’, the 35th Blue Dragon Awards, the 34th Korean Film Critics Association Awards, the 15th Busan Film Critics Association Awards, the 51st Daejong Film Festival Awards, and the 10th MaxMovie Best Film Awards up to the 6th This Year’s Film Awards[/the 6th Korean Film Reporters Association (KOFRA) Film Awards]. Amid there was a lot of interest focused on his next work because of that, Park Yuchun had decided on not starring as a lead in ‘Lucid Dream’, but instead making an appearance as a little character of the special appearance-type. 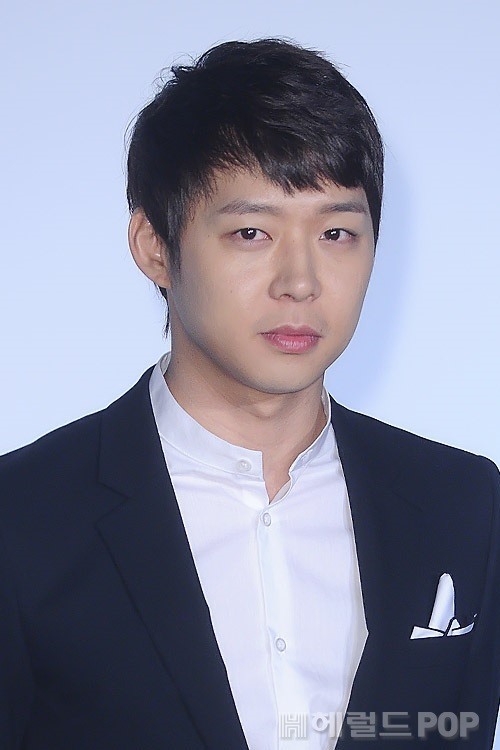 Director Kim Joon-sung revealed a casting behind-the-scenes story in an interview with Herald POP: “In the case of Park Yuchun, he was sweeping Newcomer Awards with ‘Sea Fog’ at the time of casting. So I didn’t think Park Yuchun would accept since This Man is a small role. But while I was doing the project with Sol Kyung-gu hyung-nim, C-JeS Entertainment CEO Baek Chang-joo recommended Park Yuchun. Naturally I am very thankful to Park Yuchun for making an appearance”.

Continuing Director Kim Joon-sung expressed his satisfaction in Park Yuchun’s casting: “I was searching for a young actor to act as This Man; and naturally seeing that it was the concept not for a lead but a special appearance, I was wondering about who will be able to do it. Meanwhile there was talk of giving the script to Park Yuchun. I found out that he personally likes SF[/science fiction (sci-fi)] genre. Of course I am grateful to him and he was interested in reading  the script when given it”.

In particular Director Kim Joon-sung attracted attention at disclosing his casting intention in the early stage, saying, “Truthfully I tried to hide Park Yuchun’s appearance. Like how Matt Damon suddenly appeared in ‘Interstellar’ in the middle of it or U-Know Yunho had a cameo in ‘Ode to My Father’, I wanted to hide the fact about ‘Lucid Dream’’s Park Yuchun’s appearance. Fans will like it when they watch if they didn’t know about it. But it shortly became known since Park Yuchun is very popular and highly sought out. I’m glad he is shown in the movie as originally intended”.

Continuing Director Kim Joon-sung praised: “In the case of This Man, he is the person who does shared-dreaming entering into people’s dreams. If you look closer at This Man’s home, there are images where he is wearing different clothes with various hairstyles besides the computer. Whenever you enter into dreams, you can enter changing yourself with the image you wish,” and, “I wanted how This Man would fit long hair in the real world, not in dreams. But it was a hairstyle that had been very Micky Yuchun from his early days and rather looked pretty. It feels like fans would also like it, too. I was afraid it would be awkward, but it worked well. Truthfully there are only a few whose (outer) looks are able to assimilate to all sorts of hairstyles”.

‘Lucid Dream’ with Park Yuchun appearing as its hidden card will open on the 22nd.