A fan shares photos with Kim Jaejoong while filming for Village’s Love Shop. Apparently she also was recording for another program and encountered Jaejoong.

Today, after waiting for a long time to post, I will post it because I said I can post it 😭😭😭😭
On the way to Gapado Island, they were shooting a new program called “Village Shop” on MBC
That’s where I found my Idol 😭😭😭
I’m Casssiopeia TVXQ fan from the beginning
I started learning Korean because of TVXQ and came to Korea because I really wanted to meet Oppa
Coincidentally, I met eternal vampire, when I saw Kim Jae Joong (who never gets old) …
The man shook his fingers and did not know what to do
It’s so smooth on the outside 😍😍😍 😍😍😍
Oppa has not eaten yet
Oppa also brings water himself
I sit and eat with you
It was one of the happiest days of my life
I also met Jung Il-woo in the high kick and drama actor Jung Gyu-woon,
MBC will air the first episode on November 29th
I don’t know if it will be on TV
I’m so happy to meet you 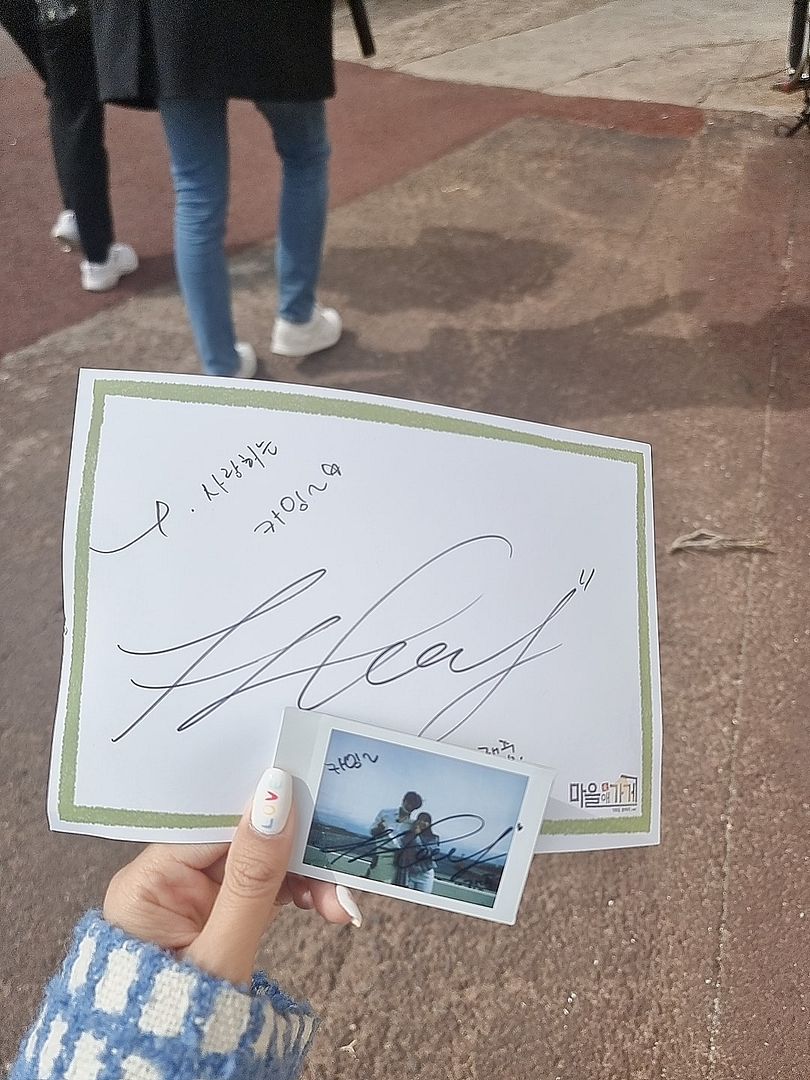 At 7:44 she spotted a celebrity but couldn’t film