[TRANS]
With the news of L’s comeback
A happy today!

Source: cjes.tagram
Translations by: rilanna of JYJ3
Shared by: JYJ3

[TRANS]
Come to think of it, I’ve known Junsu since 6th grade in elementary school before entering SM..private cut #Junsu #Hong-seok-oppa #us

Source: sunday040728
Translation by: rilanna of JYJ3
Shared by: JYJ3 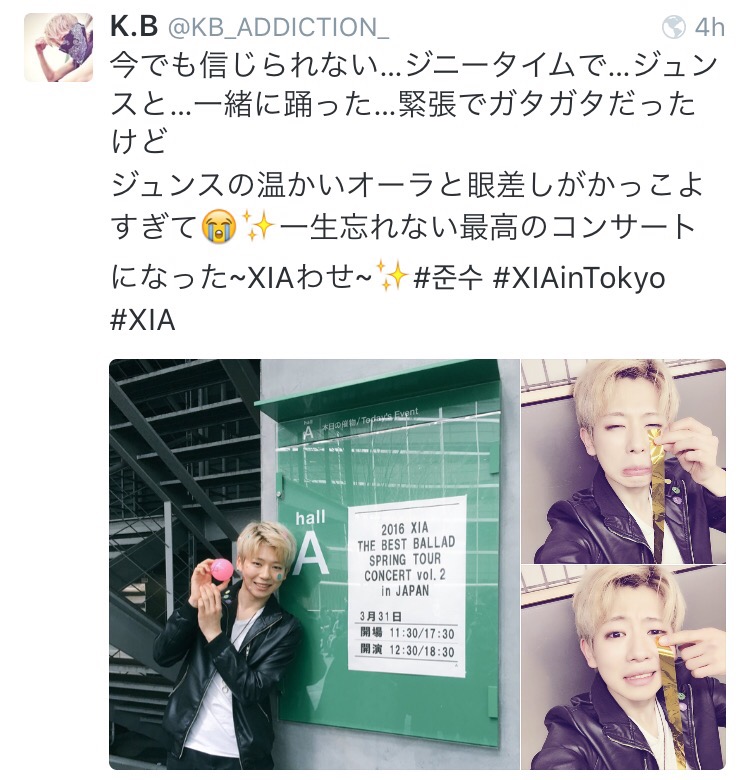 I can’t believe it even now… In genie time… with Junsu… danced together… though i was trembling with nervousness
Junsu’s warm aura and gaze was too cool 😭✨ It became the best concert that i will never forget~XIA wase~ (T/N: shiawase means happy, instead of using shia, junsu fans often use xia) ✨#준수/Junsu #XIAinTokyo #XIA

Saved by Junsu’s songs, recieved energy from Junsu’s dance, there is now [where I am] admired by Junsu. Though today I said it in the concert, (he) always sings sincerely towards the person listening, because he delivers music overflowing with his feelings from the heart, Junsu’s songs resounds in the heart in this way, I felt it once again. From now on as well, it is (my) number one objective☺︎#XIA #JUNSU 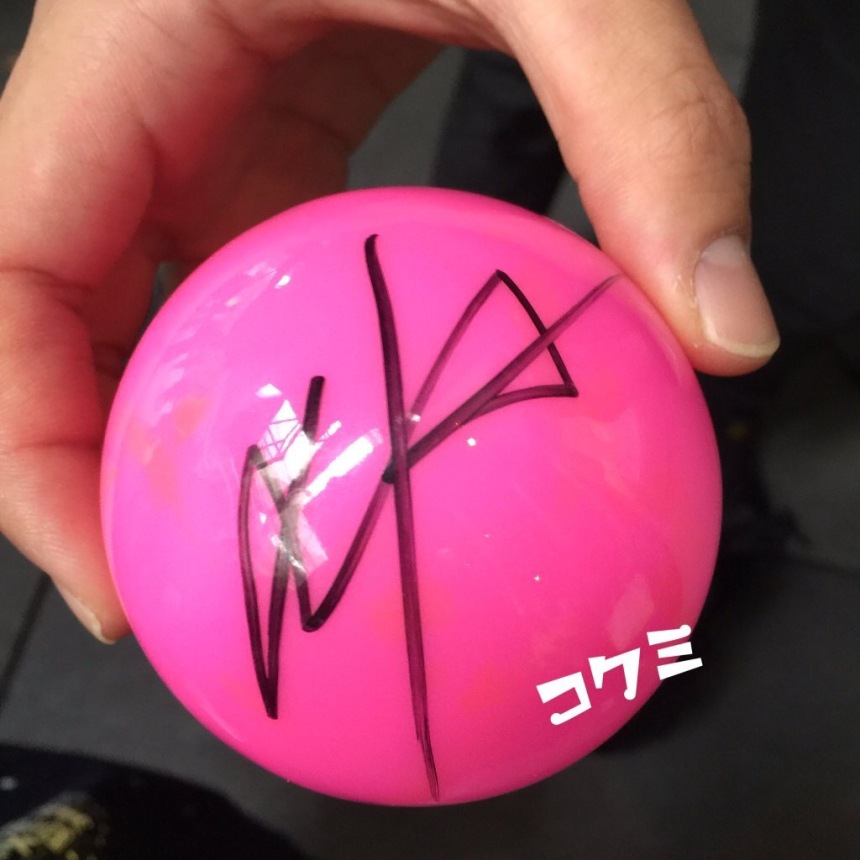 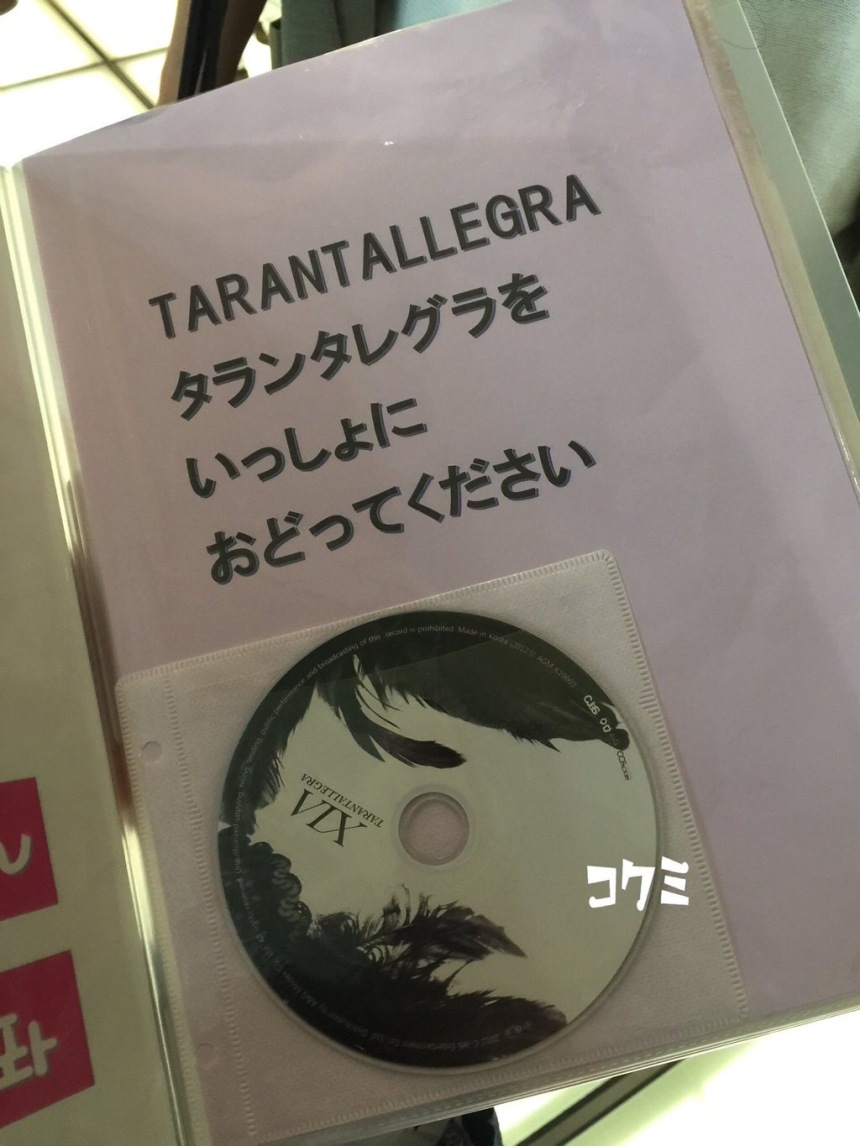 Trans: please dance TARANTALLEGRA tarantallegra (T/N: in Japanese) together with me. 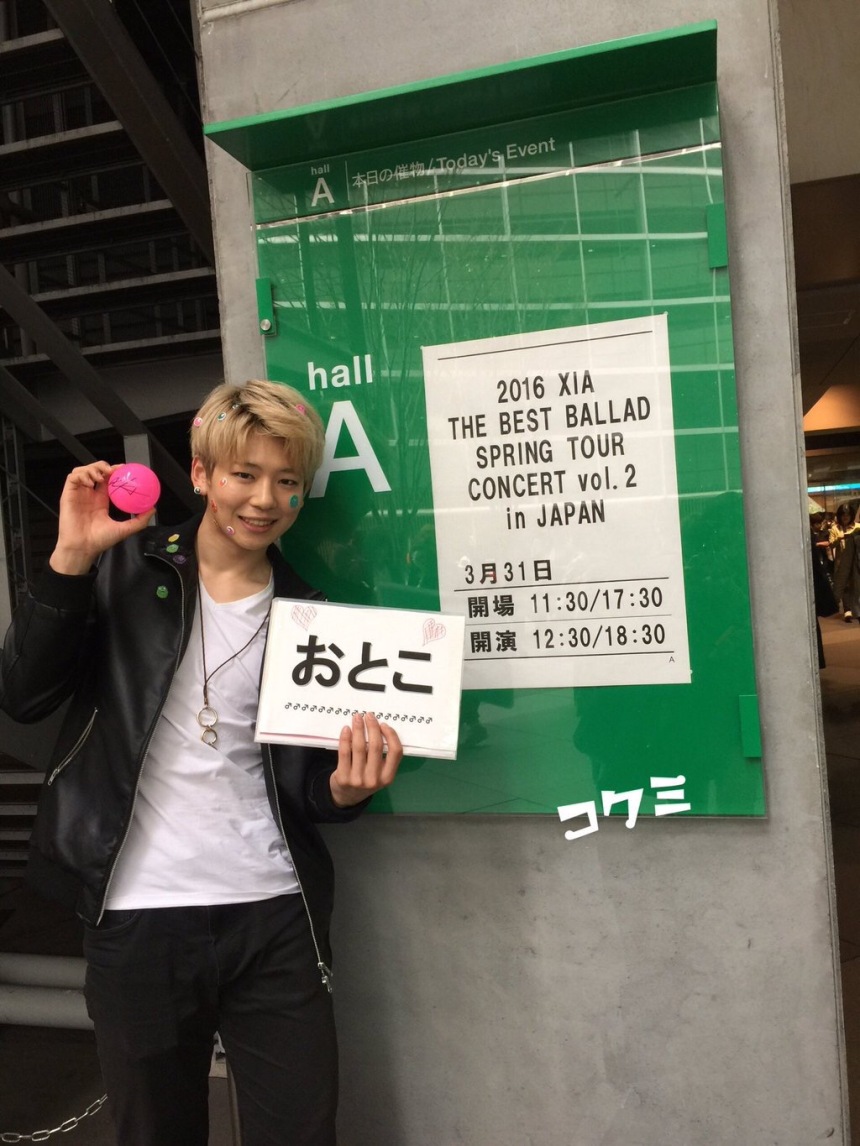 Today, [went to] see Kim Junsu san’s concert☺︎
It was the most coolest performance!!
The hall was wrapped up with Love ^ ^

It was the first (time) meeting but…
Next time let’s perform on the stage together♪
He said that to me.
A warm person^ ^
Should we do Death Note [together]♪

Source: junghycksama95
Translated by: rilanna of JYJ3
Shared by: JYJ3

It’s been a while-apple! (T/N to the Japanese phrase “hisashiburi” in the end “ringo” meaning apple was added, because Ryuk loves apples) Everyone, how are you getting along with theatre live? Today an immensely happy news jumped in and came so will be conveying it. Last year, performed in South Korea, the Korean cast version Death note, won the highest award in the musical category at the 3rd eDaily Culture Awards!

JYJ3 Note: There is a translation to that article link HERE

Source: cjesculture
Translations by: rilanna of JYJ3
Shared by: JYJ3

Source: cjesculture
Translations by: rilanna of JYJ3
Shared by: JYJ3

‘Death Note’ was awarded the top prize in the Musical category at the ‘3rd eDaily Culture Awards’ award ceremony and Gala Concert, held at the Haeorum Theater of the National Theater in Jangchung-dong, Jung-gu, Seoul on the 19th. Embarking as the top prize winner’s representative, group JYJ member and musical actor Kim Junsu stated his thoughts, like this, “I am accepting this award with praise and encouragement. I promise that I shall go forward in creating a better work in the future ahead”. Kim Junsu received favorable reviews, reborn as a convincing character when he undertook the role of the genius detective L in ‘Death Note’.

Kim Junsu began to speak with, “I would like convey words of thanks on behalf of the performance cast and production crew of 100 people”. Continuing, he also said, “‘Death Note’ had its first cultivation in Korea when it hit the stage last summer; and I am grateful that this award has more meaning, as much as it was C-JeS Culture’s first debut work,” and, “I am thankful to Baek Chang-joo who had helped the work go up, in the one word that I only want to do it, and to have been directed by Japan’s Kuriyama Tamiya who undertook the directing of its Korean version”.

Adding, he completed his thoughts, “Teamwork between the actors was important to proceed as a one-cast with my previous installment of 57 performances. I shall share this pleasure with actors & actresses Hong Kwang-ho, Park Hye-na, Kang Hong-seok, and Jung Sun-ah; who created the stage together with me. I am accepting this award with praise and encouragement for C-JeS Culture and I promise that I shall go forward in creating a better work in the future ahead”.