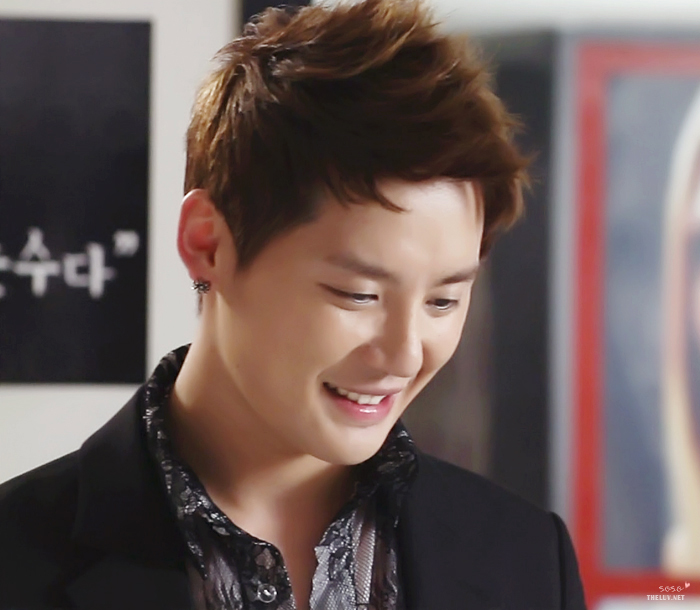 END_OF_DOCUMENT_TOKEN_TO_BE_REPLACED

Q: Do you often sleep with your brother?

A: When we lived in the U.S., we lived in the same room so we would always sleep together. Nowadays, hyung would sometimes come to my room to sleep, saying he’s very scared. I’m the same; when I have a nightmare, I would go to hyung’s room to sleep but come morning, I would get a shock, wondering how I came to be sleeping in a stranger’s room.

Q: What are you and your brother’s sleeping habits?

Q: What kind of acting roles would you like to play with your brother?

A: Hyung and I once discussed this same topic over a meal. Playing brothers would be nice, playing adversaries would be nice too. In short, as long as we are acting together, it doesn’t matter what roles we play, it’ll definitely be very interesting and fresh.

The source only translated the parts related to Yoochun.

END_OF_DOCUMENT_TOKEN_TO_BE_REPLACED

Stars, Loved Due to Their Polite Manners & Crying Due to “Bad Manners” Controversy

Famous for Being Polite:

Actor Kim Jungtae who is appearing in the MBC drama Miss Ripley praised the attitude of the actor and his colleague, actor Park Yoochun. He wrote on his Twitter: “Park Yoochun has a great attitude. He is an actor whose attitude geared towards learning and putting in of the effort can be seen.” Park Yoohwan, Park Yoochun’s brother who has challenged himself at acting through the MBC drama Sparkle Sparkle, also poured out (his thoughts) on his brother who puts an importance on attitude/politeness. He revealed: “I have not been out to society while I lived for 10 years in the USA, and so I learn from Hyung how to behave with a proper attitude (in a public setting in Korea).”

KBS 2TV’s Entertainment Report that aired on August 6 revealed the rankings of the idol singers who turned into actors.

Park Yoochun swept various awards as soon as he turned into an actor from an idol. He showed a side that is a flower-male but is curt, but also knew how to do so when (called) to be silly/uncool. Recently he pulled off nicely the role of a second generation chaebol through Miss Ripley.

Ratings for Scent of a Woman, Rises By a Large Margin, Supported by Special Appearance of Kim Junsu

The rising trend of SBS TV’s Scent of a Woman.

According to the results of the ratings analysis company AGB Nielson Media Research, the fifth episode of Scent of a Woman that aired on the 6th recorded 18.6% for the nationwide ratings.

This is a figure that has jumped 2.9% from the 15.7% of the previous episode. Of the “real-time” figures it was co-#1 on the weekend, and it was #2 among the weekend dramas after MBC TV’s Sparkle Sparkle. END_OF_DOCUMENT_TOKEN_TO_BE_REPLACED

Lol. A viewer of Protect the Boss created this comic upon seeing the mismatch between Jaejoong’s skin and his makeup. XDD

Translations below the cut